25:42 | With two thirds of our planet covered by sea, maybe it’s time to look to the horizon for our future energy needs. Are floating wind farms the answer?

28:25 | Germany needs wind power if it is going to meet its climate goals, and successfully transition from nuclear and coal power to renewable energy. But the construction of wind turbines has been stalling.

14:58 | Perovskite can give a big boost to the performance of existing solar cell technology. We take a look at how it works.

Could This Be the Solution to Reaching 100% Renewable Energy?

12:22 | Ultimately, 100% renewable fossil-fuel-free energy is not only possible but necessary to mitigate the worst effects of climate change.

The new urgency of climate change

10:45 | The coronavirus brought much of the world to a standstill, dropping carbon emissions by five percent. Al Gore says keeping those rates down is now up to us.

How To Turn The Ocean Into A Battery

5 Inventions Showing Us the Future of Solar Energy

10:15 | When you imagine the energy of the future, solar power is probably in the picture – but in recent years, less than 2% of the world’s electricity has come from solar power. Here are 5 new inventions that are likely to change that.

3:32 | How quickly do we need to ramp up renewables? Professor Leah Stokes breaks down how the U.S. can meet ambitious clean-energy goals in the fastest way possible — with the help of the humble narwhal.

Solar Farm Grid power at night! How do they do that?

11:41 | Balancing grid voltage using solar farms during the night time is exactly what a new trial in the South of England achieved recently. We take a look at how this seemingly impossible feat was achieved.

How Europe is wrecking US carbon reductions

15:13 | Team Trees’ target is to get 20 million new saplings in the ground by January 1st 2020. And it’s just as well, because the European Union (including the United Kingdom!) is busy destroying millions of trees across the south-eastern United States. 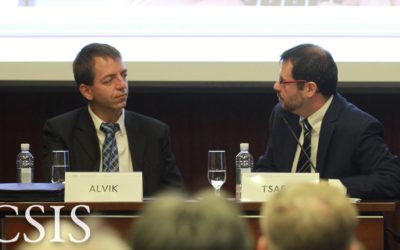 How to bring affordable, sustainable electricity to Africa

13:00 | Rose M. Mutiso discusses how a balanced mix of solutions like solar, wind farms, geothermal power and modern grids could create a high-energy future for Africa.

From rainforest to charcoal

42:25 | Huge areas of tropical rainforest are being destroyed to make charcoal for barbecues. The global deforestation is leading to growing problems. Nigeria and the DRC Congo – two of Europe’s main charcoal suppliers – are also affected.

Ida Auken Has a Deal for Trump

2:18 | Mr. President – Greenland is not for sale. But Denmark has a much better deal for you!

33:08 | Dr. Andrew Myers explains why and how offshore wind farms will be a major source of renewable energy.

Will renewables end up as more landfill?

15:30 | Have we neglected to consider how we will deal with millions of panels and turbines when they come to the end of their useful lives?

How green energy will change our future

13:31 | Graphene. The miracle material. Much has been expected but not much delivered. Now, though, Graphene is showing some clear advantages and benefits to climate mitigation technology.

9:51 | Our oceans hold vast quantities of thermal and kinetic energy, thousands of times more than our entire civilisation requires for our current level of population.

29:23 | Burned tells the little-known story of the accelerating destruction of our forests for fuel, and probes the policy loopholes, huge subsidies, and blatant green washing of the burgeoning biomass electric power industry.

8:27 | Georgetown, TX is a conservative city in the middle of oil and gas country that’s committed to 100% renewable energy.

Could Everyone Have Solar Power?

4:56 | By the end of 2016, the US was home to over 1 million household and commercial solar energy operations, with 4 times as many solar panels installed that year compared to just four years earlier.

How China is (and isn’t) fighting pollution and climate change

12:18 | Which way will China go in the future, and how will it affect the global environment? Data scientist Angel Hsu describes how the most populous country on earth is creating a future based on alternative energy.

The Modern Giants of Renewable Technology

11:41 | Solar Power grabs all the headlines but wind power is gaining traction as new technologies and materials allow machines of truly gargantuan proportions to be built out in our oceans.

11:21 | Palm oil, rainforests and Orang-utans – we’ve all read the news stories. But is the situation improving or is it business as usual in the plantations?

12:55 | Roof top solar power installations are becoming a truly viable option for domestic households as prices tumble. Here’s a step by step guide to how to get started and a bit of detail about the system I chose for my own home.

3:57 | California researchers discovered a peculiarity in their state’s electric load curves, that started to look more and more like a duck.

There Is More Than Enough Renewable Energy

34:07 | In this presentation Dr. Prentiss explains the vital need to switch to renewable energy and she describes here – and in her book Energy Revolution – just how that change can be implemented.

3:16 | From solar to wind, find out more about alternative energy, the fastest-growing source of energy in the world.

2:56 | Determined to solve the climate crisis, Scott and Julie Brusaw founded Solar Roadways after learning the U.S. had over 72,000 square kilometers of asphalt and concrete surfaces exposed to the sun.

Why there are twice as many solar jobs as coal jobs

4:48 | The past decade has seen a revolution in residential solar systems. Cheap panels and creative financing options have led to a massive increase in solar installations – and that increase is driving an employment boom.

3:27 | Trump: “I was elected to represent the citizens of Pittsburgh, not Paris.” MEN de er ikke enige i Pittsburgh !!!

5:15 | A brief look at oil’s subsidized history in order to understand that government influence is necessary for a renewable energy future.

14:35 | Ontario is reviewing its long-term energy plan and the government is holding public consultations across the province to get citizen input.

15:52 | Using her native Costa Rica as an example of positive action on environmental protection and renewables, climate advocate Monica Araya outlines a bold vision for a world committed to clean energy in all sectors.

The Push for Renewable Energy

44:04 | Philip Warburg is the author of two respected books on renewable energy, Harvest the Wind: America’s Journey to Jobs, Energy Independence, and Climate Stability and Harness the Sun: America’s Quest for a Solar-Powered Future.

46:10 | In countries like Brazil, Australia, Chile and parts of the United States people consider renewable energy because of financial reasons. A surprising newcomer on the market is Morocco.

The case for optimism on climate change

25:20 | Why is Al Gore optimistic about climate change? In this spirited talk, Gore asks three powerful questions about the man-made forces threatening to destroy our planet — and the solutions we’re designing to combat them.

Renewable Energy Progress – Despite Resistance from the Fossil Fuel Industry

47:35 | Jeff Deyette gives an update on the rapid transition to renewable energy across the US, a change that is occurring despite the well-financed resistance of the fossil fuel industry.

Any cookies that may not be particularly necessary for the website to function and is used specifically to collect user personal data via analytics, ads, other embedded contents are termed as non-necessary cookies. It is mandatory to procure user consent prior to running these cookies on your website.